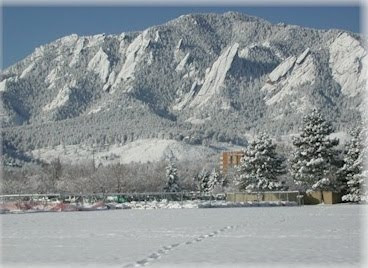 (There she is, nearly 3000′ of vertical just waiting to be scaled.)

Initially, I think a significant part of why running appealed to me–when I started running regularly 15 years ago–is because it is an activity that easily lends itself to the proclivities of a somewhat obsessive, somewhat compulsive personality.  Emphasis on the qualifying somewhat’s in that sentence.  I don’t think of myself as particularly obsessive compulsive in most arena’s of my life—it only sometimes pops up in fairly peculiar ways.

For instance, I am mildly compelled to always put my left shoe, sock, or glove on first, before the right.  No particular reason why, it just feels right.  When I discover a new band or song I often listen to it incessantly on repeat just because I enjoy it so much.  I have made the exact same recipe of “African Stew” (containing such delicious and nutritious ingredients as quinoa, yams, kale, chickpeas, and peanut butter) three times already this month—twice for the same dinner guests.  And, the obvious is that during particularly heavy training periods I can become especially draconian regarding the specifics of my daily or twice-daily runs.  In the latter case, it can be argued that a little OCD is almost a necessary component to maintaining a rigorous training schedule.  For whatever reason, running seems to accentuate this tendency in me.

But, with regards to the running, I have recently decided, I think, to whole-heartedly embrace this tendency in a new way.  With three weeks of 2010 already behind us—and still not a day missed on Green Mountain—I am highly tempted to strive for a goal that coalesces around a pair of particularly round numbers: completing, on foot, 100 summits of Green Mountain in the first 100 days of the year.

To be sure, this is not really a unique proposition.  In fact, it is virtually directly inspired by the fact that something very similar has been accomplished at least twice before.  When it comes to habitually running up and down a Boulder Open Space and Mountain Parks peak, Scott Elliott is the unequivocal standard-bearer of sorts.  At least twice in the last few years (2007 and 2009) Scott has managed to summit 8461′ Bear Peak 100 times in the first 100 days of the year.  Last year he apparently extended the monomania and ran up Bear 175 times in the first six months (182 days) of 2009.

Scott’s major racing accomplishments have occurred in primarily uphill-only races, most conspicuously in the venerable Pikes Peak Ascent, which he has won an astonishing eight times (with a personal best of 2:06:47), been second another four times, and finished a total of 17 times, only once out of the top ten overall.  His prowess on that mountain is only surpassed by the virtually incomparable Matt Carpenter.

The Boulder Daily Camera wrote this article during Scott’s 2007 streak, and this Camera article from 2001 provides evidence that Scott’s focus has not been limited to Bear Peak—it mentions a streak of ascending Green Mountain for something on the order of 115 days straight in preparation for that year’s Pikes Peak race.

Because of where I live in the city, I have chosen the 8144′ summit of Green Mountain (and not Bear or South Boulder Peaks) as my daily goal.  From my front doorstep, it is a 12-13 mile and just under 2hr roundtrip outing to the summit and back, depending on which trails I choose.  I have a couple of reasons for pursuing this goal.

First, as I implied earlier, it appeals to a powerful part of my personality.  It offers a tangible goal in my running during a time of the year that is typically devoid of many races and instead is important and appropriate for establishing a rock-solid foundation of mileage and hours for the rigorous spring and summer trail racing season ahead.

Second–and this is the most compelling and important consideration for me–I think it will actually serve to discipline me in my training to remain more conservative, less erratic, and therefore more consistently injury-free.  How, one might ask, am I rationalizing that?  My thinking is that by planning for a two hour run with big vertical every day I will not be tempted to push my training much beyond that on any regular basis because doing so might jeopardize my ability to go out and repeat the summit run the next day.  By taking the long-term (at least 100 days) view I will–theoretically–approach each day’s training with a reasonable attitude, that, instead of focusing on how much I can squeeze out of my body on any given day will place the onus on day-to-day, week-to-week, and month-to-month consistency.  This is something I have regularly struggled with in the past, due mostly to my boundless enthusiasm and passion for running.

In this past week, I have already seen the positive effect of Green’s summit on my decision-making.  On Tuesday I tested my knee with a nearly three hour Double Green run that (predictably) resulted in a little aggravation the last half hour of the run.  On Wednesday, after yet another trip to the top, I was still feeling a little residual soreness in the knee towards the end of the morning’s summit run, so I decided to forget about running in the evening so that I could be sure to run Green pain-free the next morning (which I did).  In the past, I am almost sure that I would’ve gone for the Wednesday evening run and likely either forced a day off today or at the least not been able to complete such a fulfilling mountain run.

Third, I find this kind of training run to be tirelessly enjoyable and inspiring.  Maybe the single most satisfying thing to me in running is having the ability to self-propel myself—quickly and efficiently—to the summit of a mountain and back down.  I love the defined goal that the top represents and I love the effort and process of making it to the top.  The fact that Boulder has such picturesque, accessible peaks in such close proximity make this an even more natural choice in my training.  The mountain itself is my inspiration.  And so is Scott.  In the Camera article from 2007, Scott suggests that maybe his efforts on Bear Peak could provide motivation for an aspiring athlete.  Well, consider me inspired.

1) An “ascent” will only count if the run begins from no higher than the approximately 5600′ elevation of the Chautauqua or Gregory Canyon trailheads.  However, I anticipate that the vast majority of my ascents will begin and end at my doorstep (~5300′)—a value (i.e., not driving to run) that is very important to me in my daily running.

2)  An ascent must only be foot-powered and non-mechanized: running or hiking count, but no bikes and no motor-powered assists to the Realization Point or West Ridge trailheads off of Flagstaff Road.

3) I do not need to ascend every day.  I can make up “missed” days with multiple ascents in a single day or single run as long as I descend at least to the Gregory Canyon trailhead (or equivalent elevation) in between each successive summiting.  This allows for races, out-of-town trips, or other extenuating circumstances.

4) I will not risk over-use injury or the value of the inherent fun-factor.  I subscribe to the “lite” version of obsessive-compulsiveness.

5) The entire project is completely on my honor.  I’m not going to purchase and start carrying a camera for a time-stamped summit shot every day.  The completion of this project shouldn’t really matter to anyone but myself, so any transgressions of veracity on my part would be simply self-defeating.

66 responses to “The Green Mountain Project”